Does the government control hurricanes?

Geostorm, 2017’s latest ‘natural’ disaster blockbuster, isn’t actually about natural disasters – it is however on the disaster spectrum (in more ways than one). Premised on the idea that all weather is controlled by U.S. governed satellites, eventually in the movie these satellites are hacked and used for weather warfare. While a satellite-controlled weather system is a concept far from our reality, a government-controlled weather system is very real and the truth is stranger than fiction.

A ‘geostorm’ may seem ludicrous but a geoengineered storm is a whole other story. In my previous blog post on HAARP I only broached the tip of the iceberg in terms of geophysical warfare. In this post I’ll explore further some conspiracy theories that look at manipulation of hurricanes and government motives.

Project Cirrus marks the first attempt by U.S. government, in partnership with General Electric, to modify a hurricane. One of the main scientists behind this project was Bernard Vonnegut (sci-fi author Kurt Vonnegut’s brother) who helped discover the makings of weather modification: cloud seeding.

In 1947 their cloud seeding experiment backfired, redirecting an Atlantic ocean-bound hurricane back to land which hit the coastline of Georgia and North Carolina causing severe damage and minimal casualties. While to this day, GE is still expertly careful at advertising that Project Cirrus team’s intent was really to “abolish the evil effects of hurricanes”, many conspiracists use this premier case of hurricane steering as the first sign of weather warfare through intensifying hurricanes.

From Katrina to Irma: are these government controlled hurricanes?

There are many conspiracy theories published when it comes to Hurricane Katrina.

While faux-meteorologists like Scott Stevens believe Hurricane Katrina was a storm created by Japan’s Yakuza mafia, most other conspiracists believe Katrina was linked to HAARP.

Theorists believe that under the orders of George W. Bush and with the help of HAARP, Katrina was enhanced to a stage 5 storm and steered into its target, New Orleans. Why? Because Bush, like many other politicians, is a government agent for the Illuminati whose main objective is to control the planet by killing off thousands of impoverished Americans and destroying the U.S. economy for personal financial gain. Duh!

Theorists claim that these politicians reaped the benefits of higher oil prices and received billions of dollars in contracts to rebuild New Orleans and other affected areas profiting massively from the catastrophic event.

No president escapes the blame of engineering hurricanes. With less than a week until election day, In 2012 conspiracists believe that Obama (with the help of HAARP) deliberately generated Hurricane Sandy. Why? Sandy provided an ideal scenario for Obama to swoop in and demonstrate his strong, heroic leadership skills ultimately leading to his re-election. Because he hadn’t demonstrated it enough already… 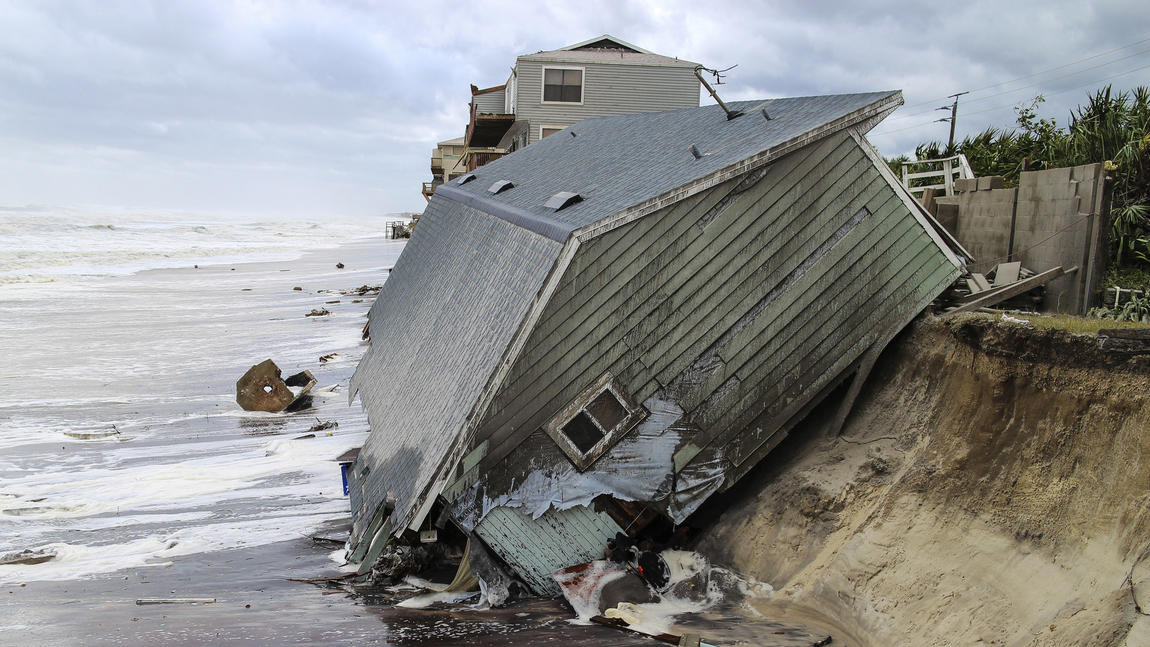 Conspiracies abound in the most recent 2017 hurricane season. Some online theorists anticipated Irma was manufactured by the government to completely engulf Florida. Others believed it was manufactured and hyped by the media to encourage a surge in purchase of survival goods like grocery and gas supplies.

But the hurricane most in debate by HAARP believers is Texas-bound hurricane Harvey.

A lot of the ‘proof’ conspiracy theorists give in their claims that Harvey was a geoengineered storm, is the same proof scientists provide for reasons why Harvey is an example of climate change.

Harvey was so destructive because it stalled over Texas for an unusual amount of time unleashing record rainfall resulting in devastating flooding. This stalling is due to a pattern associated with an expanded subtropical high pressure system over much of the US – a pattern scientists have predicted in model simulations of human-caused climate change.

Conspiracists acknowledge this high pressure system and interpret it as proof the government steered Harvey and kept it inland to cause more damage. Apparently in this stalled period, Harvey was “refueled” three times via unnatural, manmade sources of water vapor. HAARP, along with transmitter facilities in Texas, aided to this refuelling process. But again we have to ask the question … why?

Why would the government refuel a geoengineered hurricane to stay over Texas, unleashing increasingly devastating rainfall and wind each day?

Most theories point again, to the Illuminati and government agents. Or to a “climate sacrifice”, where by the massive atmospheric aerosols released by a hurricane will cool our planet – hurting some – yet an advantage to the most densely populated, and economically fruitful, Eastern parts of the U.S.

Whatever you believe … people have been complaining about, legally threatening, and deeply suspicious of man-made weather manipulation for decades.

Somehow, time and time again, accusations of weather warfare and manipulation have been proven ‘natural’ disasters. And while there is significant proof that climate change factors like a warmer ocean, a higher sea level, and increased atmospheric moisture can and does influence hurricanes …. the actual destruction caused by Harvey has more than just climate change to blame.

While investigating these conspiracy theories – some outlandish, some based in fact – I’ve discovered when it comes to a recorded case of weather modification there’s usually a path of destruction along with it.

We’re just not at that Geostorm level of technology yet. And that’s probably a good thing. What do you think?